The past makes us remember the ancient persons to whom we owe what we are, to whom we owe so much esteem, simple people, perhaps, but often with a great human wealth. 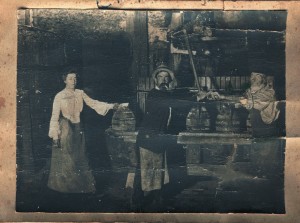 Baronnat family during the harvest

Early in the 20th century, Eugene BARONNAT, was a Beaujolais wine-grower at Gleize At that time he started selling his wine in the region. He was so successful that, very soon, his own wine was not enough, so he bought wine from other producers to sell it to his customers : the ”Maison BARONNAT” was founded. In this way he developed his business for over twenty years, until the second world war.

After the war, my father, Jean BARONNAT took over the business and decided to entrust the cultivation of our vines to a wine-grower so that he could devote all his time to marketing the wine.
The business developed to a great extent, firstly in Lyon and Villefranche, then in the Rhone-Alpes region and finally throughout France. The Maison Jean BARONNAT is in fact famous among a clientele of cafes, hotels and restaurants for excellent quality of its wines. 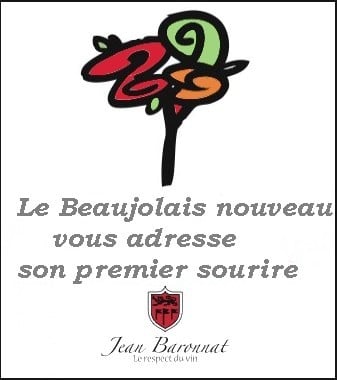 Early in the nineteen sixties, my father was on of the pionneers for the Beaujolais Nouveau wine in the Paris region. From then on, each year at the and of October or early in November he went up to Paris to present the new wine.When I was a child I often helped to prepare samples; in this way he contributed to the success of this wine which today is known troughout the world. In Paris, our wines were presented in famous places such as the Brasserie Lorraine, the Frantel, Hilton and Intercontinental Hotels and the Plaza Athenee, as well as in the very best restaurants in Lyon.

The downside of the great success of the Beaujolais vineyards was relative to the fall in popularity among the clientele in Lyon due to the increasing price of these wines : my father was obliged from then on to look to the rhone Valley for wines to  satisfy our local clientele, offering them at more competitve prices. This is how , over time, in addition to the Beaujolais wines, we started offering Cotes du Rhone, Cotes du Ventoux, Cotes de Provence wines.

At the end of the nineteen seventies, I entered the family business. After having won my spurs as a representative, i took responsability for the cellars, then the administration and marketing side. I selected my first Cuvees which I bottled in 1982 – of course my fther was there. Then, for a few years, we bought the wines together. Since the end of nineteen eighties, i have been in sole charge of this work, which is vital for our business. It was in fact at that time that the wines from the Mediterrean Coast firstapperd in our selection of wines ; Costieres de Nimes, Coteaux du languedoc, “Vin de Pays” regional wines.

My father taught me all I know about wine when he made me taste Cuvees which he had selected, and also the work of findind and blending wines, which we did together. 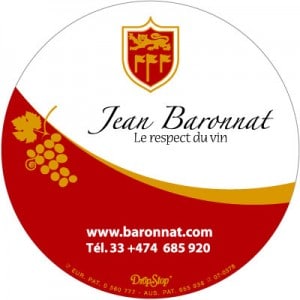